ArianeGroup is one of SkyReal’s historical clients. In Vernon, SkyReal is being used as a design tool as part of the Prometheus project, a European engine demonstrator for a low-cost and potentially reusable spatial launcher. The objective is to demonstrate the capability of ArianeGroup of designing and manufacturing a next-generation engine whose costs are expected to be ten times lower than the current state-of-art engine Vulcain®2. The success of such technological challenge relies on an entirely rethought conception process, which integrates the latest innovating methods and tools for designing and manufacturing. 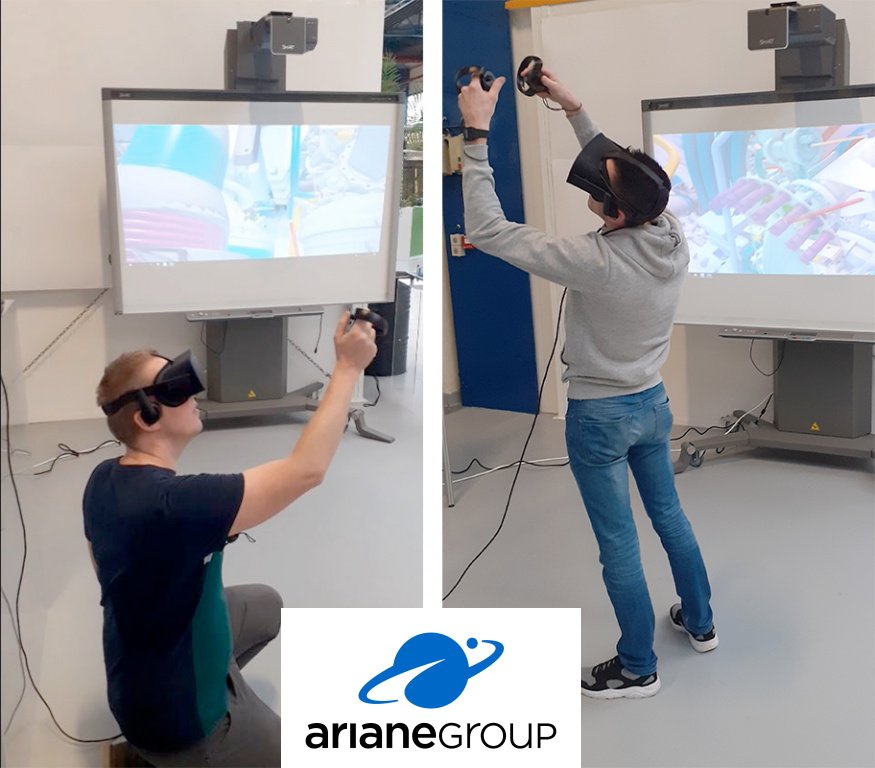 “SkyReal is immersive, collaborative, fast and simple to use” M. Boittout, Methods & Tools Engineer at ArianeGroup

According to M. Boittout, daily operations on the pipe designing using SkyReal with CATIA files versus using CATIA as a standalone tool enables his engineering operations to be 2 up to 3 times faster (i.e. chart hereunder).

Besides, designing pipes with SkyReal is described to be far easier than in CATIA. Exporting the modifications in VR and save them back to your native CATIA file is also described as a tremendous advantage. 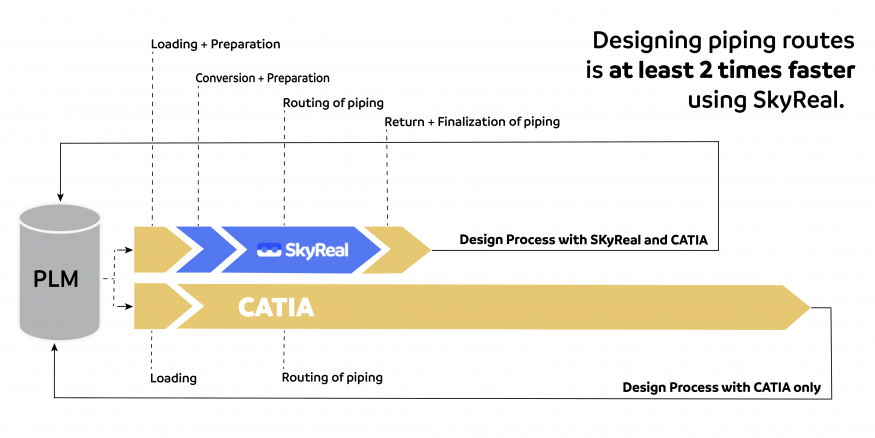 SkyReal VR is an immersive technology, enabling the users to interact with their digital prototypes in scale 1:1, offering to the engineering teams a better vision of the designed system in terms of dimensions, distances and accessibility.

Besides, SkyReal VR is a collaborative solution. Colleagues can work together from their own offices in the same VR room using the same commands.

SkyReal VR is a simple tool to apprehend. For his very use-case, M. Boittout claims that positioning routing points of the pipes is definitely easier in SkyReal than in traditional CAD system. Piping lines are editable instantaneously. The route of a given pipe can disturb the routing of surrounding pipes. In a collaborative session, SkyReal enables M. Boittout’s team to find a solution and conclusion faster than usually.

Who uses and benefits from SkyReal at ArianeGroup?

SkyReal is used by ArianeGroup’s engineering departments – launchers, ground equipment and assembly lines – to enhance the productivity of Ariane 6 Design Key Point. In the future, SkyReal will be mainly used by program/project, engineering, methods and tools, MRO and training teams.

In Vernon, where M. Boittout operates, SkyReal has been used by several designers for routing Prometheus pipes. SkyReal will surely be used in the near future by methods team to validate the mounting procedures of some subsystems.

SkyReal is also utilised by the communications teams for promoting Industry 4.0 innovation.