[Article from “It for business”]: Ariane 6 goes virtual

Here is an English translation of an article from It for business published on February 17th  :

Due to commercial constraints, ArianeGroup now makes extensive use of virtual reality to shorten the design time of its launchers.

“Visualizing in immersive 3D rather than 2D/3D makes thinking easier,” says Christophe Reig, head of virtual reality at ArianeGroup. “The objectives are to visualize the product on a scale of 1:1 and to detect as early as possible any risk of collision or telescoping between the different components. “It’s often the transitional events that are a problem,” he points out. This means to consider the kinematics of all the hardware elements and also the movements of the operators. “For example, for access to trapdoors,” he explains. To help solve these problems, ArianeGroup has been using virtual reality since 2010.

A few years ago, the company chose to use the SkyReal solution to replace the VR solution used at the time. A natural choice, as this specialized start-up was a spin-off from Airbus Group. The use of this technology has become commonplace in design and for the past two years it has been used in several Ariane 6 design processes. 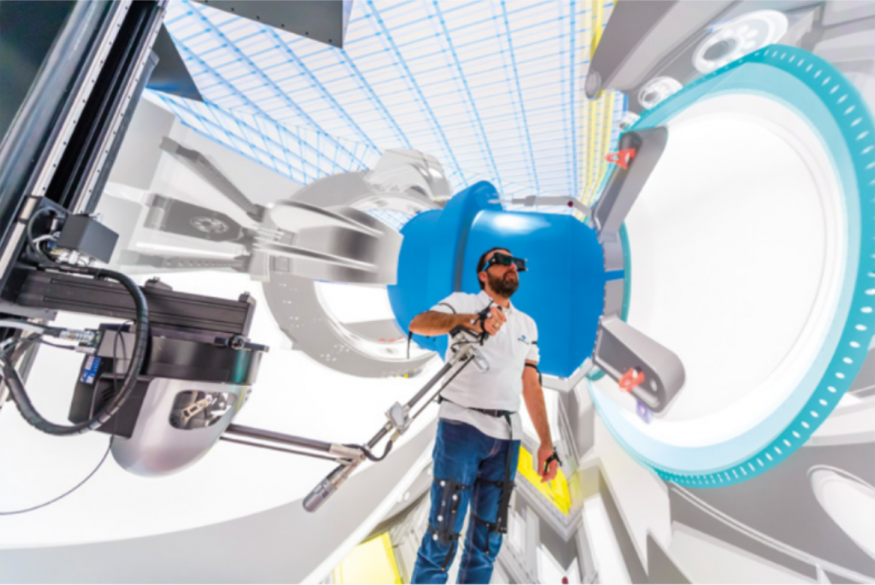 Project managers have integrated this virtual stage as part of the product/tooling design review and validation of industrial processes (parts assembly, testing, maintenance). Another benefit is that the history of tests performed in VR facilitates reverse engineering.

Technically, the VR software is linked to the information system. “A connector with our PLM tool Teamcenter allows an update of the components. The tool also imports Catia files from the partners design offices, explains Christophe Reig. The tool is agnostic in terms of equipment. It can be used with Oculus and HTC helmets… The only constraint is that each helmet model must be validated by our cybersecurity department,” he underlines. At the end of the simulation, a feature called BackToCad allows modifications, such as part trajectories, to be sent back to Catia format files. While a strictly financial return on investment has not been defined, “the use of this technology today considerably reduces decision making loops, design iterations, as well as the number of real models. For example, design times have been cut in half to define the preliminary design of the piping for a new-generation Ariane 6 engine,” he adds.

This approach also limits round trips between the different entities of the group thanks to the collaborative work possibilities offered by the VR solution. A strong edge since ArianeGroup is located at several remote sites. Today, Christophe Reig is considering upgrading to the latest version of SkyReal, which can be used in a CAVE immersion system, and therefore without a helmet. “We’re currently testing it,” he concludes.

With the VR, the design time was halved to define the preliminary piping design for a new-generation Ariane 6 engine.

Head of Virtual Reality at ArlaneGroup 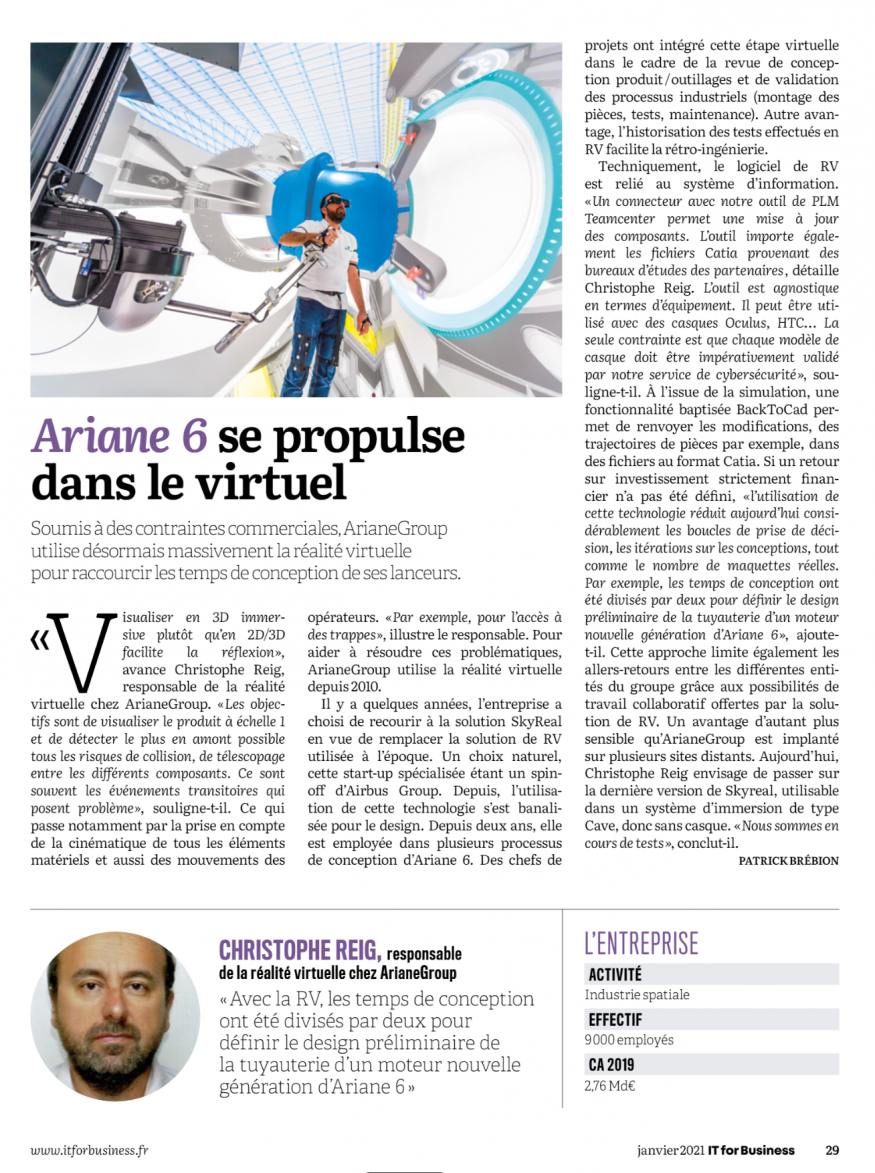