Digital twins within the age of VR

The birth of digital twin concept comes from the idea that it is possible to create a digital expression of physical system of information.

It has been expressed by Michael Grieves in the University of Michigan during a presentation dedicated on the creation of a centre for the management of products lifecycle in presence of professionals of the industry.

This concept which is not brand new captures now the VR world but moreover its integration to VR models could be economically very interesting especially on project with a large scope counting plenty of users.

Introduction to the digital twin concept

Virtual reality simulates reality but is more and more realistic which is confirmed by different research articles dealing that topic.

Moreover, more and more players can enter the VR market with a variety of hardware and software offerings. This is due, on the one hand, to the diversity of fields of activity and the interactions that can be created in a virtual environment. On the other hand, the costs of developing VR solutions, considering the potential benefits, do not constitute barriers to entry into this market. In addition, the penetration of VR solutions in the industrial sector presents many opportunities and positions to seize in this nascent market.

Simultaneously of those informations, the concept of digital twins appears more and more in editors reflexions in the conception of their development projects. The digital twin concept is expected to have a stronger impact than VR as it is applied in the industry today, as much as technologic or financial point of view.

That concept of digital twin being back in the trends of industry start from the idea that everything in the real world has its own abstraction in the virtual world. Today, that fact contributes more or less in the revolution of virtual reality sector.

Theoretically, digital twins exists through two notions : it stands in a space linked to the real world and to another linked to the virtual world. From there, data transfers are possible between those two spaces. For instance, it will allow to access informations about an object or a product, whatever it is without necessarily having it physically. The reproduction of an object or a space in all its complexity can be possible. Interactions and potentials changes could be made in real time from both spaces, the real and the virtual. 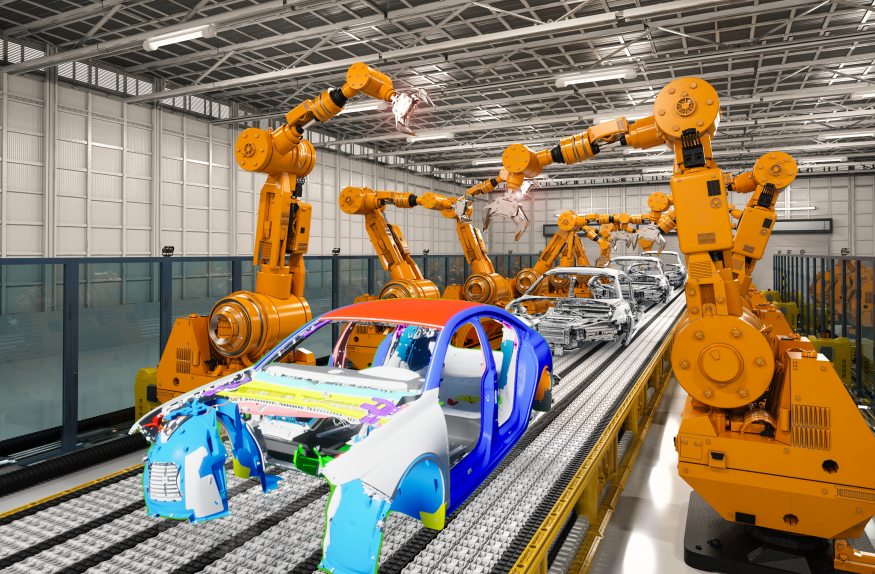 For instance considering astronautics, it is easy to imagine and foresee benefits and financial gains linked to the application of that type of technology. The example of the launcher to orbit charges or satellites is relevant if we consider that all components of the launcher are lost after use. This loss after each shot is a major obstacle to the development of the space activity since it significantly increases the costs. With the integration of the concept of digital twin in VR, it would no longer be necessary to physically produce items in series that will in any case doomed to disappear during the test. The digital twin would allow the exact reproduction of the test situation in virtual conditions at a reiteration for almost no cost and an economy of time and resources.

An individual detained in a penitentiary center and still enjoying his status as president of an international automobile group, could very well continue to administer the activities of his connected factories using his virtual reality headset directly from his cell, for instance.

How virtual reality integrates this concept?

Virtual reality enables to gather all the virtual datas, be it digital twin or the digital world in which it is included and to represent it in a virtual environment.

Integrating the digital twin concept it should be possible to go further. The perspective of an environment and a user experience (UX) more realistic seems practicable. According to Gartner consultancy, this concept is one of the ten technologies that will shake up the years to come because it is a kind of copy of a process or situation in its precise details. But it also involves the training and the acquisition of skills that are favored until the transition to real situation.

Numerous perspectives can be expected. It will be possible to forecast problems on a machine without touching it, creating plans on a civil engineering project or being trained on any type of technology or skill sector, as the reproduction of a real world in its virtual version will be similar.

Therefore, being able to visualize if a store can store all the references it wants or being projected in the middle of an oil rig site will began a kind of standard.

For instance, Paris has for project the creation of a digital twin of its underground sewage network with the objective of anticipating more precisely any damage or incident and thus better manage the repairs.